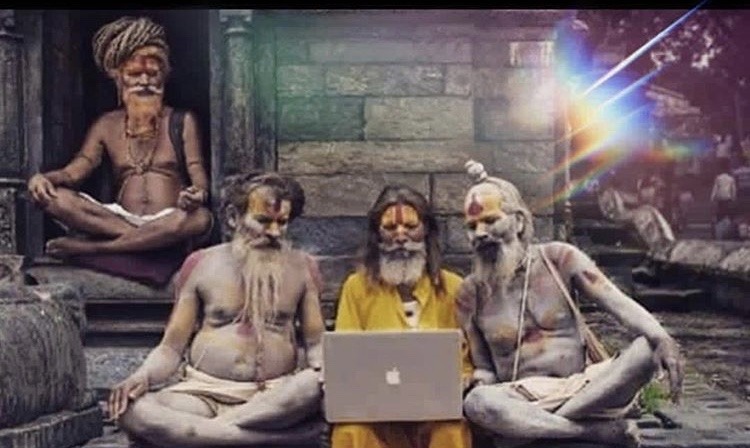 The Buddha said, “What you are is what you have been. What you’ll be is what you do now.” Having an open mind, and the right mindset are keys to that future.

Many entrepreneurs, who also have a spiritual bent, question themselves about conflicts between their beliefs and their business. Is making money an ethical pursuit?

First of all, as Buddhists have advocated, having the right mindset and an open mind are keys to clarifying life, rather than complicating it.

Neither Christian, Muslim, Jew or Jain religions require everyone to be a monk living alone in a cave, but like the Buddhists who urge having the right mindset, these religions advocate seeing your business as a service rather than merely serving your self alone.

One way to keep an open mind is to remember the law of karma. Christianity, in particular, but no less other religions, stress that there is no reason to believe the good things in life that you aspire for, are hoarded by a divinity, and that you need to tithe, light candles, fast, pray or supplicate yourself to get those things. Rather, Jesus taught, “your father knows what you need before you ask.”

Isn’t this merely another way of saying, “keep the right mindset.” Simplicity and peace of mind generate power in your thinking and your actions. The purpose of the teachings of the Koran, the Torah, the Vedic Sutras and the Bible is as much to help you establish serenity as you perform your duties, as it is to gain blessings from the beyond.

Here are several other suggestions as to how to establish peace while growing your enterprise.

Give thanks for what you have.

There are no shortage of stories in the business world about driven individuals like the late Howard Huges or Steven Jobs who practically drove themselves to the brink of sanity in their quest to be the best and brightest. Meanwhile, both Jesus and Buddha emphasized living lives of gratefulness.

Have an open mind to change

Business is an ever-changing landscape. If you are not open to change and adapt, then sooner or later, the business will run you rather than you running your business. The famous spiritual poet, Jalāl ad-Dīn Muhammad Rūmī is quoted as saying,” “Yesterday I was clever, so I wanted to change the world. Today I am wise, so I am changing myself.”

If the gurus, spiritual prophets and scriptures of the world have emphasized time and again, don’t separate your life into two categories, a business where anything cut-throat is allowed, and a personal life of virtue. Remember always that the universe doesn’t wink at shoddy practices, deceit to obtain contracts, or out and out cheating.
Everything you do in business builds up what the Hindus call samskaras, and will bear fruit, sooner or later.

You have plenty of time

It may seem odd to discuss time in an article about spirituality and business, but in reality, it’s of supreme importance. Why are so many entrepreneurs stressed? Why do they succumb to greed and shady practices? It isn’t that they know better from their spiritual backgrounds. Its because they succumb to the age-old belief that time is fleeting, so it’s better to grab success via any means possible now than do it slowly but carefully and deliberately.

Eckhart Tolle, says “Realize deeply that the present moment is all you will ever have.” If you live too much in the future, it’s entirely possible you are on the wrong road altogether.

This website uses cookies to improve your experience while you navigate through the website. Out of these cookies, the cookies that are categorized as necessary are stored on your browser as they are essential for the working of basic functionalities of the website. We also use third-party cookies that help us analyze and understand how you use this website. These cookies will be stored in your browser only with your consent. You also have the option to opt-out of these cookies. But opting out of some of these cookies may have an effect on your browsing experience.
Necessary Always Enabled
Necessary cookies are absolutely essential for the website to function properly. This category only includes cookies that ensures basic functionalities and security features of the website. These cookies do not store any personal information.
Non-necessary
Any cookies that may not be particularly necessary for the website to function and is used specifically to collect user personal data via analytics, ads, other embedded contents are termed as non-necessary cookies. It is mandatory to procure user consent prior to running these cookies on your website.
SAVE & ACCEPT