by michaljazdzewski | May 16, 2019 | digital entrepreneur, education, law of attraction | 0 comments 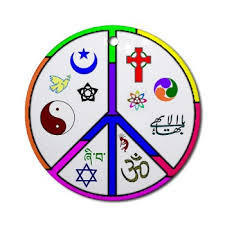 If only I knew this earlier my life would be in a completely different space.
I was brought up as a Christian in a country where the population is over 33 million over 32 million was baptised, pretty much the whole country. Christianity is the biggest religion on this planet. over 30% of the world population.
Most of my life I was believing what I was told repeatedly.
This is how the majority of people confusing believing with simply passing the information from generation to generation. I am going to explain a few things before I start.
Dear reader understands one thing this is my point of view with the knowledge i have gained past few years studying religious and spiritual books and articles. Please don’t get offended if I
will go completely against your beliefs. The information I have read was from the people who spent entire lives studying ancient books cultures and knowledge is not like someone told me a story yesterday and im trying to recur you or change yours believes.
I am targeting open-minded readers whatever you do after reading it is up to you. You can stay in an everyday bubble or start to do the research and open the mind for todays and ancient knowledge. Before I continue ask yourself the same question i was asking.
Why the majority of the religions claim they are one and only.
Let me expand people in every religion are ready to use the violence just to protect their beliefs , which when you look deep inside of any religion the teaching of profits was completely opposite. They taught about love, compassion, understanding oneness instead of hate and separation
.
None of us chooses to be born in a certain country or nation. Think about it this way if Christianity and their God was one and only what kind of chance of becoming good Christian i would have been born in Saudi Arabia. I don’t know if you see my point what kind of loving God would love his children or servants only if they were born in a certain country in a certain part of the globe. Does it mean God love and care about only some of us?

Imagine that you are the loving parent having 10 kids would you love only a few of them or only the one who complies with your expectations or you will love all of them unconditionally, equally no matter what.

This is why I become spiritual. Religions, nations skin colours all cause separation this is all build on egocentric point of view. The biggest problem is the misinterpretation of ancient knowledge. Bible, Quran, Bhagavad-Gita, Tora and many more clever books or ancient texts were written in figurative expression which is harder to translate or even worst only a few in the past claimed they know the right interpretation.
People call them holy books or texts which I disagree. If the person who wrote them was known as a prophet is still a human even if inspiration was derived from God.
I call them clever books, were written centuries ago with hidden knowledge. This ancient knowledge is so powerful I will write separate blogs in the future how we can use and implement in todays life.
In this article, I am going to mention how few ancient practices changed my life. Two things all the people should implement in their lives is meditation and yoga. Both of them playing a big part in the far east of our planet especially in Buddhism and Hinduism is a shame nothing was thought in Christianity even if there is the prove Jesus was fasting and meditating, but I have noticed in western civilization is more and more popular. Don’t know if is the power of the internet we are more and more globalized.
The impact on my physical and mental state is unbelievable. I have never felt better. As quickly as you start is better because neither of them is easy to implement in adult life.
Especially if we constantly chasing the next destination we live in an imaginary future or keep coming back to past problems simply forgetting there is only now.

Back to religion if i looked from todays point of view was just passed through the generations. I know my parents and their parents wanted the best for me and my sisters but this was just limited informations. I have notice through my entire live nobody even question the informations we get from people around . I don’t know that much about other institutions but catholic church implement informations which are beneficial to them knowing a lot awesome knowledge was hidden or even removed through the centuries.

Is only small parts of it survived to this days and even this small part of it is misinterpreted . Looking like all they want to get is power over peoples minds is so manipulative . Intelligent adults still burst into it .You can’t make me believe this is loving God if we are told we are born unworthy with the sin. Only if we going behave peculiar way we might get to heaven if not we end up in hell for infinity. Suffering is ok because paying this price on this planet shorten the way to promised place.

In spirituality God, Divine ,Universe it doesn’t matter how you call it is explained as pure energy energy of love we cant tune into . This is consciousness which is everywhere in everything and is backed up by science as Nicola Tesla quoted ,, If you want to find the secrets of the universe , think in terms of energy , frequency and vibrations ”

You couldn’t find better explanation but if want to live as a victim believing that God is an old man with long beard in the sky punishing us for our sins don’t expect happy , healthy , wealthy life. In this state of mind you will always attract the things you don’t want ..

When someone ask me too many childish questions or do not want even question anything was doubting all his or hers life i always say God gave you brain to use it , not to offend but to do the research .

This website uses cookies to improve your experience while you navigate through the website. Out of these cookies, the cookies that are categorized as necessary are stored on your browser as they are essential for the working of basic functionalities of the website. We also use third-party cookies that help us analyze and understand how you use this website. These cookies will be stored in your browser only with your consent. You also have the option to opt-out of these cookies. But opting out of some of these cookies may have an effect on your browsing experience.
Necessary Always Enabled
Necessary cookies are absolutely essential for the website to function properly. This category only includes cookies that ensures basic functionalities and security features of the website. These cookies do not store any personal information.
Non-necessary
Any cookies that may not be particularly necessary for the website to function and is used specifically to collect user personal data via analytics, ads, other embedded contents are termed as non-necessary cookies. It is mandatory to procure user consent prior to running these cookies on your website.
SAVE & ACCEPT